For the first time since early May, the Chicago Blackhawks will be back on the ice Wednesday night when they take on the Detroit Red Wings in a preseason game, and as the team prepares for a new season, there are still plenty of questions surrounding the squad.

These questions follow an offseason of change to the roster, with a slew of new faces and the return of some players who missed significant time in 2020-21, including Jonathan Toews, Kirby Dach and Alex Nylander, among others.

Now, the Blackhawks will embark on a quest to get back into the postseason after missing the playoffs last year, but before they begin that journey, here are five questions that fans should seek the answers to in the coming days and weeks.

Will Jonathan Toews be in the Lineup for Game 1? 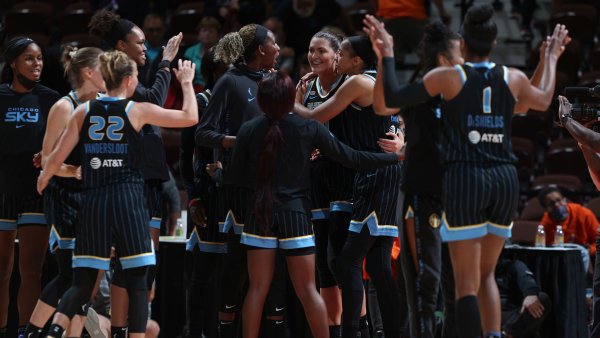 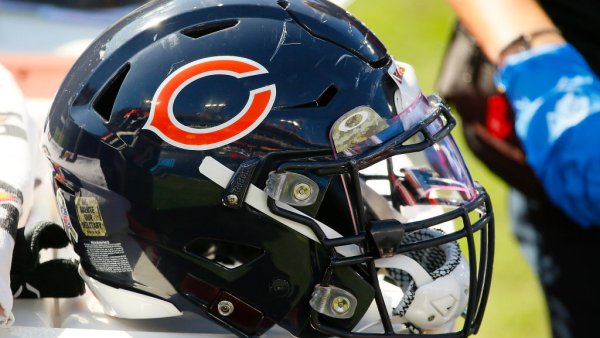 The Blackhawks’ captain missed the entire 2020-21 season for the Blackhawks after he was diagnosed with chronic immune response syndrome. Toews also contracted COVID prior to last season, something he says took a long time to shake and took a large toll on him physically.

Now, the captain is back on the ice with the Blackhawks, and while it is not a guarantee that he will be all systems go for the season-opening game against the Colorado Avalanche, everything does seem to be pointing in that direction.

Toews’ health is arguably the biggest question facing the Blackhawks heading into the season because of the cascading effect it would have on the rest of the roster. If he is healthy, and play at a Toews-like level, then the team’s center depth becomes one of its greatest assets, especially with the acquisition of Tyler Johnson and the return of 2019 first round pick Kirby Dach.

Who Will Seth Jones Ultimately Play Alongside?

In an offseason chock full of blockbuster moves, the Blackhawks’ move to acquire and then sign defenseman Seth Jones sent shockwaves throughout the NHL, with the massive eight-year contract serving as notice that the team was serious about building up a shoddy defense that struggled in a bad way in recent years.

We’ll ultimately find out whether Jones can live up to the hype and the contract in the months ahead, but for now, there is the question of which Blackhawks blue liner will line up next to Jones. During training camp, Jones has been playing with fellow new acquisition Jake McCabe, and that pairing could do quite well in the early stages of the season.

Pairing him up with a player like Calvin de Haan could also be a potential move for Jeremy Colliton to consider, but whichever defenseman lines up next to him, the key will be to find a player that allows Jones to do the things that he does best, and to help him ascend back into the ranks of the elite defensemen in the league.

Which Youngsters Will Secure Roster Spots?

The Blackhawks had plenty of young players who got looks a season ago, but with an influx of veteran talent, those roster spots are going to be harder to come by in the coming season.

At forward, there are plenty of established figures in the mix, but there are still a few roster spots here and there that will be up for grabs. Can 2020 first round pick Lukas Reichel nail down a spot out of camp? Where will Philipp Kurashev fit in for the Blackhawks in the coming year?

What will Nylander, who missed all of last season due to injury, have to do to crack the opening night lineup? Can a long-time prospect like Mackenzie Entwistle finally get his chance to grab a spot in the top 12?

The defensive picture is just as murky, with players like Nicolas Beaudin, Caleb Jones, Wyatt Kalynuk and Ian Mitchell all likely wrestling for spots behind a top-four that now includes both Seth Jones and McCabe.

There is always the possibility of a trade, but with the Blackhawks appearing to be in a “win-now” mode, it seems a lot more likely that there will be just one or two spots available for the next four or five player son the team’s depth chart to fight over.

How Will the Reinforced Defense Look?

Speaking of that defense, Colliton and his coaching staff will be tasked with figuring out exactly which players will fill which roles on the team, especially after the departure of long-time Blackhawks star Duncan Keith and the exit of power play quarterback Adam Boqvist, who was traded to Columbus in the Seth Jones deal.

Not all of those decisions will need to be made during training camp, especially because the team won’t be facing exclusively NHL-level talent in their preseason games, but fans will get at least some idea of how the pairings are going to look by what Colliton rolls out on the ice for the exhibition slate.

While the first four spots undoubtedly belong to Jones, McCabe, de Haan and Connor Murphy, Kalynuk and Mitchell will both likely have a leg up on Beaudin in terms of their chances of making the roster.

The addition of Caleb Jones to the mix, as well as the three-year contract extension given to Riley Stillman, will make the competition for the other spots even more fierce.

How Will the Back-up Goaltending Situation Shake Out?

The Blackhawks had some massive questions at goaltender last season, but the addition of Marc-Andre Fleury certainly made it clear that the team was serious about an upgrade at that spot.

The question then becomes a two-fold one. First, if Kevin Lankinen ends up as Fleury’s back-up, how often will he play? Second, if Lankinen ends up regressing or struggling, will Collin Delia or Malcolm Subban get a shot to unseat him as the backup?

The ideal scenario for the Blackhawks would be a Fleury-Lankinen tandem, which would likely spell the end of the Blackhawks’ tenure for either Delia or Subban.