Back on July 10, the Cardinals beat the Cubs at Wrigley Field as the NL Central foes entered the All-Star break with identical 44-46 records.

A lot has changed since then.

The Cubs and Cards reacquainted Friday at Wrigley Field trending in opposite directions in their second matchup since that July series. 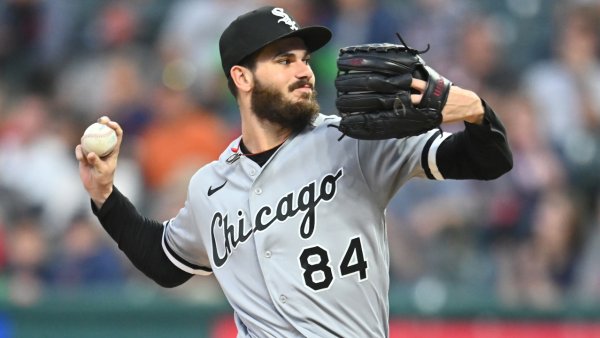 St. Louis extended its winning streak to a franchise record 14 games, sweeping a day-night doubleheader by a combined score of 20-9. Their magic number to clinch the NL’s second wild-card spot is four.

The Cubs and Cardinals’ paths the last two months obviously isn’t an apples-to-apples comparison. The Cubs lost 11 straight games before the trade deadline, shifting them from buyers to sellers. (They went on a 12-game skid after the deadline.)

But even after that first skid, they had a comparable record to St. Louis in the week they broke up their All-Star core in a flurry of trades.

With how the Cardinals got back into the race, what if the Cubs had kept the band together?

“That’s a good question,” Hoyer said Friday. “I have not looked at exactly where the two teams were on the day of the deadline or close to it.”

“Where the two clubs were contractually, I think, is pretty significant,” Hoyer said.

Meanwhile, over half the Cubs’ Opening Day roster entered the season in walk years, including Javy Báez, Kris Bryant and Anthony Rizzo.

That doesn’t include Yu Darvish, the 2020 NL Cy Young runner-up signed through 2023 whom the Cubs traded a month before the Cardinals acquired Arenado.

The Cubs were unable to extend Báez, Bryant and Rizzo, trading them and others in a flurry of deadline moves that added young talent to the farm system.

“We had so many free agents,” Hoyer said. “We knew that if we weren’t clearly in the race, that was a decision that we might have to make.

“I think for them, with their contractual situation, that wasn’t a road they were going to go down.”

The Cardinals acquired veteran starters Jon Lester and J.A. Happ to boost their rotation — unheralded moves initially that have paid dividends the last seven weeks. St. Louis is 41-23 since the break.

The Cubs were in a similar position in 2017, when they finished the first half 43-45 coming off their World Series title and 5 1/2 games out of first in the division.

They turned it around after the break, leading to the front office acquiring José Quintana. They went 49-25 in the second half, won the division and advanced to the NLCS.

“When you have a group of players that are locked in under club control for a while, you view it very differently,” Hoyer said. “Like, ‘OK, I know we can make a run.’

“I think doing that with a group of players that are all about to be free agents, I think that’s a totally different equation.

“You’re in the same place, but you’re looking at the picture entirely differently.”