The Cubs beat the Diamondbacks 4-2 in a comeback win on Saturday, improving to 46-46 this season.

Here are 10 observations from the game. 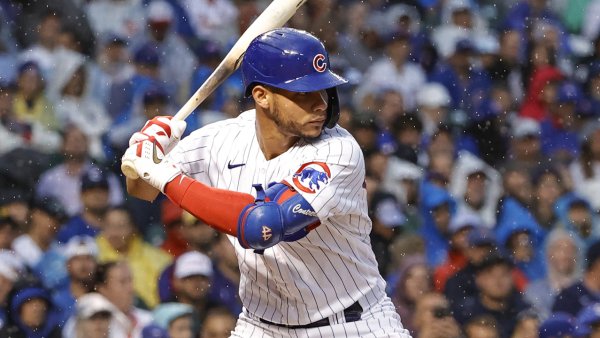 1. There’s nothing like some ninth-inning magic. The Cubs were down to their last out, trailing Arizona 2-1, before rallying to take the lead on three straight hits — on a combined four pitches.

2. Adbert Alzolay’s continued development is something to watch the rest of the season. In his first start after the All-Star break, he tossed five solid innings, allowing two runs on five hits. He ran into trouble in the fifth, allowing three hits and a walk on 26 pitches.

3. Alzolay pitched well enough to get the win but exited with the Cubs trailing 2-0 — yet another outing where didn’t get much run support. The Cubs have scored a combined three runs in the last five games he started.

4. The Diamondbacks manufactured their two runs off Alzolay with the help of a pair of balls hit on or near the infield. Nick Ahmed tallied an RBI groundout, after a pair of singles in the second.

In the fifth, Daulton Varsho’s bloop single between Rafael Ortega and Kris Bryant, playing in the shift, dropped into center field, advancing Ahmed to second. He scored on a single two batters later.

5. With Joc Pederson traded, Contreras will bat leadoff on a full-time basis for the Cubs. He tallied their first two hits with sharp singles up the middle in the first and sixth innings.

6. The Cubs offense was quiet between those singles, going 0-for-15 with a walk and hit by pitch against Zac Gallen. The Diamondbacks starter tossed 5 2/3 innings of three-hit, one-run ball.

7. Stay hot, Javy Báez. The shortstop crushed an RBI double off the base of the center field wall in the sixth, getting the Cubs on the board. He’s 12-for-27 (.444) in his last seven games with two doubles, three home runs and eight RBIs.

8. You think the Cubs missed Nico Hoerner? The 24-year-old reached on an infield single in the seventh, extending his hitting streak to seven games. He’s 9-for-26 (.346) since coming off the injured list earlier this month.

9. Rookie right-hander Keegan Thompson could be in play for some starts over the season’s final few months. He delivered his sixth straight scoreless appearance, allowing a walk with one strikeout in the sixth, improving his ERA to 1.59 this season.

10. It’s been a long time since the Cubs won a series. This is their first series win since June 11-13, against the Cardinals.

Bonus: Craig Kimbrel is now all alone in ninth place on MLB’s all-time saves list. He passed Jonathan Papelbon with his 369 career save.