The 2021 National Women’s Soccer League season has been a long and controversial one, but the spotlight will turn back to the pitch on Saturday when a champion is crowned.

The Chicago Red Stars and Washington Spirit will compete in the 2021 NWSL Championship. It is the league’s first title game since 2019 due to the COVID-19 pandemic, and history will be made either way since Chicago and Washington are both seeking their first championships.

There is an abundance of U.S. Women’s National Team players on both sides. Alyssa Naeher, Julie Ertz and Tierna Davidson play for the Red Stars, while Kelley O’Hara, Ashley Sanchez and Andi Sullivan play for the Spirit. 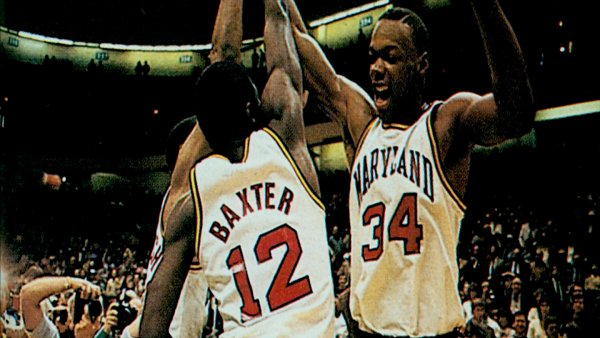 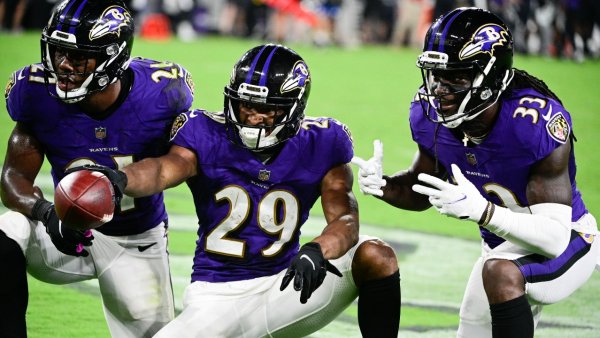 Can the Red Stars follow in the footsteps of the Sky and bring a title home to Chicago, or will the Spirit be the team celebrating a championship for the first time?

Here’s everything you need to know about the game, along with each team’s path to the NWSL Championship on and off the field:

What time is the 2021 NWSL Championship?

Where is the 2021 NWSL Championship being played?

The 2021 NWSL Championship will be played at Lynn Family Stadium in Louisville, Ky., thanks to action taken from the players.

The game was originally supposed to take place in Portland, Ore., but players voiced concerns about a 9 a.m. local time start given the CBS TV window. The league and NWSL Players Association released a joint statement in October announcing the change in venue.

What channel is the 2021 NWSL Championship on?

CBS will broadcast the 2021 championship game.

The game can also be streamed on Paramount+ and Twitch. Ashlyn Harris and Ali Krieger of the Orlando Pride will join Lori Lindsey for a pregame show at 11:30 a.m. ET on Paramount+.

Six of the 10 teams in the NWSL made the playoffs with the top two teams earning first-round playoff byes. Prior to 2021, only four teams reached the playoffs.

Portland Thorns FC won the NWSL Shield as the top team in the regular season, finishing with a 13-6-5 record (44 points). The OL Reign earned the second first-round bye with the second-best record in the league (13-8-3, 42 points).

Still, the fourth-seeded Red Stars and third-seeded Spirit won their respective quarterfinal and semifinal matches to set up the 2021 NWSL Championship. The Red Stars beat NJ/NY Gotham FC in the quarters before beating top-seeded Portland Thorns FC in the semis. The Spirit, meanwhile, needed extra time to get past the two-time defending champion North Carolina Courage in the quarters before edging OL Reign 2-1 in the semis.

No. 4 Chicago Red Stars vs. No. 4 Washington Spirit

It has been a tumultuous year for the Washington Spirit, and the NWSL at large, off the pitch.

Richie Burke stepped down from Spirit head coaching duties on Aug. 10 and was reassigned to the front office. He was fired in late September following an investigation into alleged violations of the NWSL’s anti-harassment policy. The Washington Post first reported allegations that players were emotionally and verbally abused, and the NWSL commissioned an independent investigation shortly after. The NWSL also announced that the club was also not allowed to participate in league governance manners for an unspecified length of time.

Majority owner Steve Baldwin announced that he was stepping down from his position as CEO and managing partner of the club on Oct. 5. Club president Ben Olsen, who was hired on Sept. 2, was handed responsibility for all club operations.

Baldwin was not the only Spirit owner thrusted into the spotlight. On Sept. 4, Spirit president of sporting operations Larry Best filed an anti-harassment complaint concerning Spirit co-owner Y. Michelle Kang, according to The Athletic’s Meg Linehan. Best resigned in late October.

The Spirit also had to forfeit two contests due to violations of the league’s COVID-19 policies, one against Portland Thorns FC on Sept. 4 and the other against OL Reign on Sept 12. Washington has yet to lose a game since those forfeits.

As for the NWSL as a whole, all league matches were postponed during the first weekend of October as it faced sexual misconduct allegations against a former coach and multiple reports of alleged abuse of players. Lisa Baird resigned from her position as NWSL commissioner on Oct. 1 and resigned from the U.S. Soccer board of directors on Oct. 4.

The Red Stars were also involved in controversy on their way to the 2021 NWSL Championship.

On April 10, Red Stars defender Sarah Gorden posted that she and her boyfriend were racially profiled after the team’s game against the Houston Dash. The Dash responded the day following the match with a statement highlighting the violations of COVID-19 protocols with Gorden visiting her boyfriend in the stands. The club posted a second statement two days later acknowledging that its initial statement was “off the mark.”

The NWSL announced an investigation into Gorden’s allegations on April 10. On May 4, the league announced that no action would be taken against the Dash.

The Red Stars, along with NJ/NY Gotham FC, were fined on April 13 for violating a league directive. While the violation was not specified, multiple reports indicated they were a result of Red Stars co-owner Sarah Spain and then-Gotham FC GM Alyse LaHue publicly supporting Gorden after the league asked staff members to refrain from commenting on the incident.

For a comprehensive examination of the league off the field this season, check out this timeline from On Her Turf’s Alex Azzi.