Coronavirus vaccines have been at the center of heated debates for the last year and a half, and the NBA is no different.

Fully vaccinated players will avoid regular testing and can sit together in the locker room, at team meals and during travel. They also don’t have to quarantine when deemed a close contact unless they begin to show symptoms for COVID-19. Unvaccinated players, on the other hand, will be required to undergo testing on all days involving practice or travel, and they could be tested multiple times on game days. Those without vaccines must maintain social distance and quarantine if they come in close contact with someone who tests positive for COVID-19. 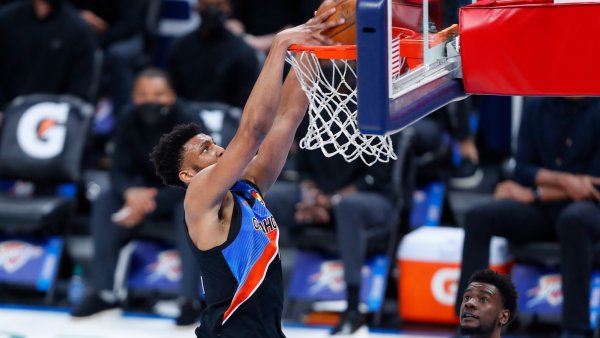 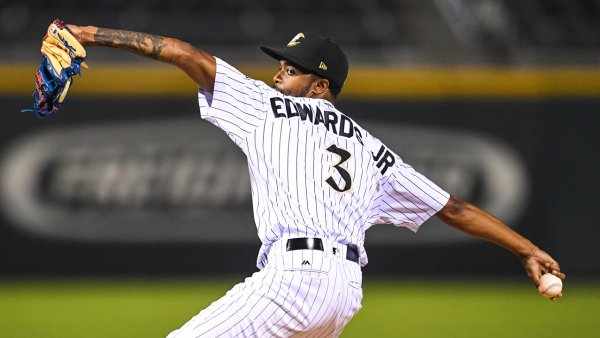 And while the WNBA announced in June 2021 that 99% of players were vaccinated against COVID-19, the NBA has had some recent public pushback from several stars, including Kyrie Irving, Andrew Wiggins and Bradley Beal.

Here’s a look at who is and who isn’t vaccinated in the NBA:

Which NBA players are not vaccinated against COVID-19?

Brooklyn Nets guard Kyrie Irving would not discuss his COVID-19 vaccination status with reporters during the team’s media day.

“Please, just respect my privacy,” Irving insisted. “All the questions kind of leading into what’s happening, just please — everything will be released at a due date, and once we get this cleared up … I know that I’ll be there every day no matter what and just be present for my teammates as one of the leaders on the team.”

However, Irving had to participate in the Nets’ media day at Barclays Center via Zoom because of New York City’s COVID-19 protocols. The city’s mayor, Bill de Blasio, has issued an executive order that requires New York-resident athletes that practice or play indoors to show proof of at least one vaccine shot.

If Irving is not vaccinated by the Nets’ season start, he could potentially miss Brooklyn’s 41 home games … and the team does not have to pay him for missing those games due to his vaccination status. According to Yahoo senior NBA writer Vincent Goodwill, league sources think that Irving will indeed receive the vaccine, citing influence from teammate and close friend Kevin Durant.

Similarly, the Golden State Warriors’ Andrew Wiggins will not be eligible for home games in San Francisco after telling reporters that he is not vaccinated.

Wiggins says his “back is definitely against the wall” but will keep fighting for what he believes is right in regards to the COVID-19 vaccine pic.twitter.com/HMVkDeOId1

Wiggins did not explain his rationale for not getting vaccinated, saying, “It’s none of your business.” According to a mandate issued by the city of San Francisco, only those fully vaccinated will be allowed inside Chase Center.

The NBA denied Wiggins’ request for a religious exemption from getting the COVID-19 vaccine.

“I would like an explanation to people with vaccines, why are they still getting COVID?” Beal questioned. “If that’s something we’re supposed to highly be protected from, that’s funny that it only reduces your chances of going to the hospital. It doesn’t eliminate anyone from getting COVID.”

Orlando Magic forward Jonathan Isaac also revealed at media day that he is not vaccinated, saying he has “natural immunity” after previously having COVID-19.

“I understand that the vaccine would help if you have COVID, you’ll be able to have less symptoms from contracting it,” Isaac said. “But with me having COVID in the past and having antibodies, with my current age group and physical fitness level, it’s not necessarily a fear of mine.

“Taking the vaccine, like I said, it would decrease my chances of having a severe reaction, but it does open me up to the albeit rare chance but the possibility of me having an adverse reaction to the vaccine itself.”

There have been no reported cases of NBA players missing time because of side effects related to the vaccine, according to The New York Times.

Devin Booker of the Phoenix Suns is currently battling COVID-19, saying on a Twitch stream that he has lost his sense of taste and smell. Booker will miss part of the Suns’ training camp.

“I’m not going to tell you guys if I have the vaccine or not, but you can still get COVID with the vaccine,” Booker said on the stream, declining to reveal his vaccination status. “Educate yourself.”

Which NBA players have received the COVID-19 vaccine?

While recent comments from unvaccinated players have made headlines as of late, it’s important to note that 90% of NBA players reportedly have been vaccinated against COVID-19.

“I know that I was very skeptical about it all, but after doing my research, I felt like it was best suited for not only me, but my family and for my friends. That’s why I decided to do it,” James said, adding that he will not comment on or get involved in other players’ decisions. “You guys know me, anything I talk about, I don’t talk about other people and what they should do. I speak for me and my family.”

Milwaukee Bucks star Giannis Antetokounmpo also told reporters during the team’s media day that he has been vaccinated in order to protect his family.

“I did what was best for me and my family to stay protected,” Antetokounmpo said. “… For me, I put everything down and I feel it was the best decision for me to be safe with my kids.”

In April of 2021, several NBA stars took part in a league-wide campaign to encourage the public to get vaccinated against COVID-19. At the forefront of the campaign was Bucks guard Jrue Holiday and Minnesota Timberwolves center Karl-Anthony Towns, whose mother and six other family members died of the virus.

“Vaccines are one of the most important tools we have to control the spread and effect of COVID-19. It is safe, effective and will help protect you and your loved ones,” Holiday said. Also featured getting their shots in the campaign was the Charlotte Hornets’ Gordon Hayward, Warriors’ Klay Thompson, Atlanta Hawks’ Danilo Gallinari, Oklahoma City Thunder’s Shai Gilgeous-Alexander, Memphis Grizzlies’ Jaren Jackson Jr., Indiana Pacers’ Domantas Sabonis, Blazers’ Robert Covington and Miami Heat’s Tyler Herro.

Blazers star Jusuf Nurkic has also been vocal in favor of the COVID-19 vaccine, encouraging his Twitter followers that it is the “best protection” and “fastest way to get back to normal” after getting his shot in March 2021.

Boston Celtics center Enes Kanter, who also received his vaccine in March, is also encouraging players and the public alike to get vaccinated and “save lives.”

“If you’re a player and you’re not vaccinated and you miss a week or two weeks,” Kanter explained. “… it could literally change the whole season — and we’re trying to win a championship!”

In addition to players, all referees and key team personnel will be required to have received their vaccines by the season’s start on Oct. 19. Just this week, ESPN reported that vaccinated NBA staffers are upset players aren’t facing the same vaccine requirements, citing concerns about health risks of being exposed to players who aren’t vaccinated against COVID-19.