It was hours after the game on a late-May afternoon at Wrigley Field nine years ago, when the long-quiet ballpark suddenly came alive again with the noise of crack after crack after crack of the bat — and clank after clank of balls hitting seats in the bleachers of left, center and right fields.

“That was my best workout,” Carlos Correa said. “I did the top seven teams in the draft that year, and that one was the most impressive one; I performed the best on that one. And I was really excited about that one.”

The Cubs, who drafted sixth overall that year, felt the same way after execs Theo Epstein, Jed Hoyer, Tim Wilken and Jason McLeod watched the workout that included the powerful round of batting practice off manager Dale Sveum. And they let him know. 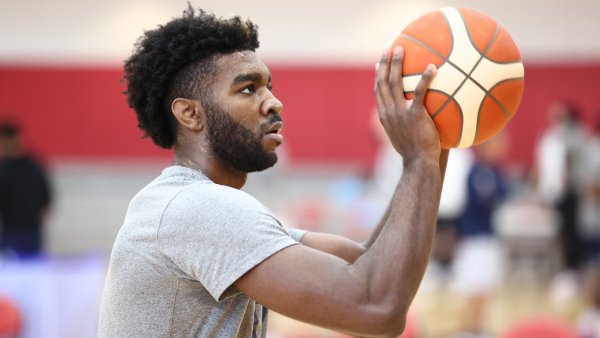 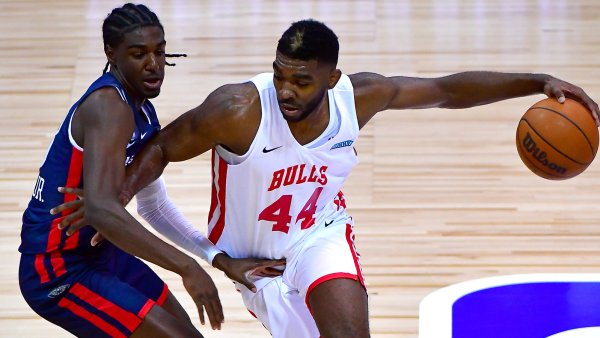 “I was like, wow, I would love to play here every single day in the big leagues,” Correa, the Astros’ All-Star shortstop, said during a conversation with NBC Sports Chicago during the workout day in Chicago between playoff games against the White Sox.

Correa did all right in that draft as the Astros’ surprise No. 1 overall pick, going on to win a Rookie of the Year award, make two All-Star games and play in 67 postseason games — and counting as he and the Astros eliminated the White Sox 10-1 Tuesday to reach a fifth consecutive American League Championship Series.

The Cubs not quite so much. They used the sixth pick to select Albert Almora Jr., who was non-tendered last winter after hitting .231 with little power in his last 218 games as a Cub. The only Cubs pick from that draft still in the organization is 18th-rounder David Bote.

But can the Cubs finally fulfill their 9-year-old Carlos Correa fantasy when the youngest of this historic free agent shortstop class hits the market next month?

Do they have the will and vision to try?

And would Correa — who stresses “I want to win” — have any desire to sign up with a team that dumped its championship core at the trade deadline and starts the winter with less starting pitching than it has had in decades?

“Obviously, I’m focused on winning a championship with the Astros,” Correa said. “But I’ve heard a lot of players talk about how great it is to play at Wrigley Field. And I’ve never gotten to play there at the major-league level yet. Actually, a lot of players say it’s the best stadium to play at.”

But does the intrigue and mystique still apply after the roster purge?

“When they traded everybody, and then you look at the couple games after that, it was still sold out,” Correa said. “I was, like, these fans are great. So yeah.”

Checkbook’s in your court, Mr. Hoyer.

Cubs president Jed Hoyer sounded last week like he had little intention of going big in free agency for a starting pitcher — the Cubs’ biggest roster deficit and need.

But if there was a free agent at any position this winter who makes sense on a long-term, big-money deal it might be Correa, who just turned 27 less than a month ago, brings a strong and heady clubhouse presence, and at the front end of his traditional prime years led the majors in overall WAR and defensive WAR among position players (per baseball-reference.com).

For the what-have-you-done-even-more-lately crowd, witness Tuesday’s Division Series elimination game against the White Sox: 2-for-4 with a go-ahead two-run double and a walk.

He’s also tied for sixth all-time with Albert Pujols with 54 postseason RBIs (along with as .276 career postseason average and .881 OPS). Did we mention he’s barely 27?

That’s not likely enough for the Astros to go big enough to keep Correa in Houston — no matter what Astros owner Jim Crane said a few days ago about expecting to be “in the mix” to bring him back.

Correa seems pretty sure that ship sailed months ago and that he’ll be choosing between offers from other teams this winter, since the Astros went radio silent with Correa after offers in the spring of six years, $120 million and then five at $125 million.

“If they didn’t want to meet my price in spring training, now that I led the league in WAR at 7.2 and I’m in the playoffs helping the team, I don’t know if they’ll meet my price now.”

So who will? The big-spender Dodgers acquired their All-Star replacement for pending free agent Corey Seager when they traded for Trea Turner at the deadline. The Mets got their man in Francisco Lindor during the offseason, then signed him to a 10-year extension. The Giants have enough money but extended Brandon Crawford this summer.

Maybe the Yankees try to upgrade the premium position for their contender? Maybe the cash-flush Tigers go after Correa as a long-term building block in their one-of-these-days rebuild?

Or maybe the Cubs — whose top shortstop prospects are all in the low minors and years away from the majors — see Correa as a rare long-term free agent value for his age and total-package qualities. That includes versatility that could eventually mean moving off shortstop as a potentially good-production third baseman as he ages (the position he played when sharing a World Baseball Classic infield with Lindor and Javy Báez for Puerto Rico in 2017).

“I don’t know if they’re going to be after a shortstop in the market, but we’ll see,” he said. “We’ll see what happens.”

Correa is probably the most valuable shortstop on the market, given his age, elite two-way profile and postseason production.

“I like where I’m at right now,” he said when asked if he’s the top shortstop in his free agent class. “I led the league in WAR for Baseball Reference, led the league in defensive WAR and had a great offensive year. So when you talk about shortstops that can do both things at an elite level, I think you should mention my name.”

Correa may yet command a 10-year contract — and he might well deliver on the value.

But he certainly falls in their range.

And if there was a player that fits the Cubs’ needs at a time they have the flexibility to go big for the right guy, it might be this one — a high-performance player physically and mentally, who brings a clubhouse presence and even an appreciation for the place of modern analytics in that clubhouse and in winning.

“But wherever life takes me, I want to win,” he said. “Money’s great and everything, but I don’t want to be miserable in the clubhouse, losing every day.”

So even if the Cubs want him, can they get him?

Correa recalls vividly a day not that long ago he daydreamed about being a Cub.

“It’s something that definitely crossed my mind during that pre-draft workout,” he said, “and maybe in the offseason it will cross my mind again.