Thursday is the big day for the Chicago White Sox, as they will kick off the American League Division Series against the Houston Astros at Minute Maid Park.

Whether you need the schedule for the series, the betting odds, or interesting facts and figures, you can find plenty of information on the Sox October path here. 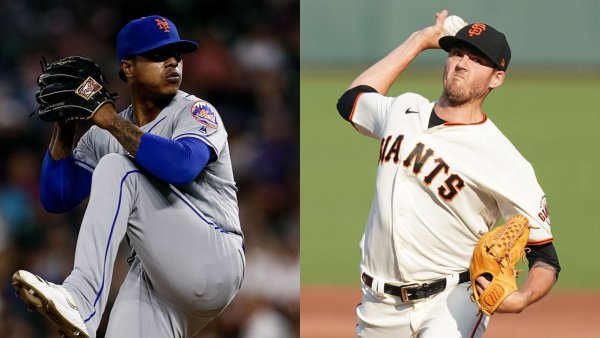 For White Sox fans looking for all of the best local coverage of their team, NBC Sports Chicago has you covered.

The station will carry pre-and-post game shows for each White Sox playoff game, starting with the Game 1 pregame show at 2:30 p.m.

Chuck Garfien and the crew will give you all the latest news and insights about the White Sox as they aim to win their fourth World Series championship in team history.

The show will be available on NBC Sports Chicago, as well as via streaming on the NBC Sports app and the MyTeams app, both of which are available in the Apple app store and on Google Play.

For the first time in 13 years, the White Sox will play in front of thousands of fans in the postseason. The ballpark was empty last year due to COVID-19 protocol. NBC 5’s Kate Chappell reports.

The Houston Astros are the narrow betting favorites to win the series, with their odds set at -130 according to FanDuel. The White Sox are underdogs at +112.

When it comes to winning the World Series, FanDuel is certainly more bullish on the Astros, as they have the second-best odds of capturing the championship at +450. The White Sox are near the middle of the pack at +850.

Interesting Facts and Figures About the Series

-For the first time in MLB history, two managers age 70 or older will square off in a playoff series. Tony La Russa is 77 years old, while Houston manager Dusty Baker is 72. The two have only managed against one another in the postseason on one other occasion, in 2002 when Baker was with the Giants and La Russa was with the Cardinals. The Giants beat the Cardinals in five games to reach the World Series.

La Russa is the oldest manager of a playoff team in baseball history.

-This is not the first time that La Russa has led the White Sox to the playoffs. He also did so when the team won the American League West crown in 1983, marking a remarkable 38 years between playoff appearances with the South Siders.

-While it’s not common for teams to have a postseason rematch after one of the clubs switched leagues, it has happened before. In 2011, the Milwaukee Brewers and St. Louis Cardinals faced off in the National League Championship Series. Previously, they had played in the 1983 World Series when the Brewers were still members of the American League.

NBC Sports Chicago’s Vinnie Duber identified five players on the White Sox that could be X-factor’s in the series, including relief pitcher Michael Kopech, who could prove to be a key piece to the puzzle if Lance Lynn or Carlos Ródon aren’t able to get deep into their respective starts in the series.

You can find the rest of Vinnie’s picks here.